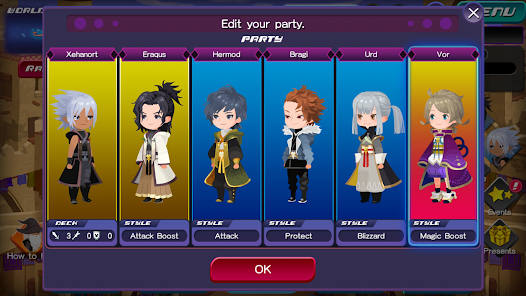 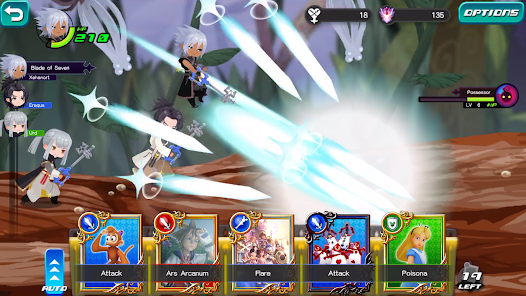 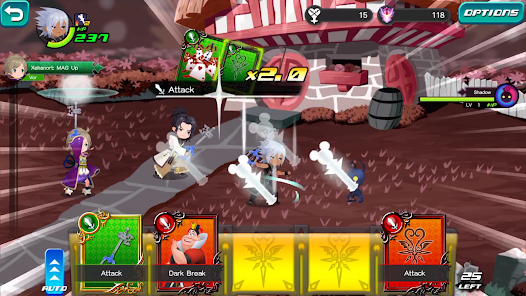 You know of Master Xehanort as the villain of Kingdom Hearts, but just why did he become the seeker of darkness?

In this new story, you will uncover his secrets as you step into the role of Xehanort to follow his life as a young aspiring Keyblade wielder in the distant land of Scala ad Caelum.

– Arm yourself with a deck of 30 cards and engage in thrilling, strategic battles that test your skill and reflexes!
– A refined and streamlined leveling system lets you grow stronger even in auto-mode!
– Defeat your enemies and uncover the secrets of Xehanort's past!

Enjoy intuitive and strategic combat as you tap and flick to victory and master the abilities of your cards! Level up hands-free with auto-mode battles, and then go all out in intense boss battles as you unlock new stories, missions, and complete your collection!

The KINGDOM HEARTS story begins here.
Become the hero of your own tale as you adventure across beloved worlds and experience a story like none other!